Home Archives Profile Subscribe
Lyric For The Day 31.5.11 from God Is God by Steve Earle
Mike Scott - The Adventurings and Learnings Interview - The Full Transcript

Lyric For The Day 1.6.11 from Misery Is The River Of The World by Tom Waits 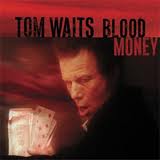 Tom Waits sings about the dark side; nothing new there. Though extreme in its diagnosis it is a good reminder that there is something fundamentally flawed about humanity. Christianity believes that humankind had a Fall which knocked their relationship with God, the land and one another out of kilter and that all humans live with an inclination to the selfish and sinful. Tom Waits is a great commentator on the impact of such a Fall and I guess this is as close as he gets to theologising his terrain. Check out an amazing version by Camille O'Sullivan!