Three Christmas albums with a Celtic feel for your seasonal listening by three of Ireland’s most legendary acts. Horslips - Drive The Cold Winter Away

Horslips were the biggest Irish band in Ireland in the seventies fusing folk and rock like no one had done before or since. Drive The Cold Winter Away is their most acoustic album. It is very folky, very Gaelic and very, very good. These guys could play and on these songs for cold Decembers their concertina and fiddle player Charles O’Connor shines through with versatility and finesse. As Horslips did in the first half of their short but prolific career they bring a lot of history to the music and have found Manx, Gaelic and English songs and a couple by Turlough Carolan a seventeenth century Cavan based harpist and songwriter who mixed folk and classical. There are carols and seasonal pieces as well as When A Man’s In Love which seems to be just done because it fitted.

The Piper in the Meadow Straying

Drive The Cold Winter Away 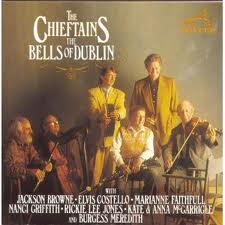 The Chieftains - The Bells Of Dublin

The Chieftains Christmas album was done as they embarked on a few years of collaborations and it benefits from such a project. Kate and Anna McGarrigle brings a French shade, Elvis Costello some dark shades in St Stephen’s Day Murders, Rickie Lee Jones’s voice makes O Holy Night simply a revelation and Jackson Browne’s Rebel Jesus is simply one of the best modern Christmas songs drawing in the Mayan Indians! Sometimes The Chieftains can be just a little too trad for me but the guest vocalists soften the sound. Another album with a Christmas Eve mood to it and no lack of depth particularly on Browne’s Rebel Jesus. I have blogged it before - http://stocki.typepad.com/soulsurmise/2009/12/the-rebel-jesus-jackson-browne--when-i-shared-with-my-facebook-friends-that-i-was-doing-a-sunday-night-event-at-my-chur.html 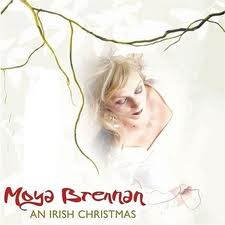 Moya Brennan is the real theologian in this mix. With her family this Donegal Gaeltacht speaker made it famous as Clannad but her sister Enya blew out the rest of the family by challenging and sometimes beating U2 in world side sales. Moya has some of Enya’s sound and indeed her version of Silent Night in Irish is not unlike her sister’s. On this album Moya gets chance to share her own Christian faith with some freedom. That signature ethereal airy sound and layered voices are made for these Christmas tunes; musically elegant and theologically eloquent.