Lyric Of The Day 28.12.10 from All My Favourite People by Over the Rhine

“All my friends are part saint and part sinner

We lean on each other

Try to rise above

When it comes to love

All my favourite people are broken

My heart should know

You can stay right here

From All My Favourite People by Over The Rhine

Ah...these are the people I want to belong to. Authentic fallen short, missing the mark, clinging to grace people. Home! Church!

Lyric For Christmas Day 2010 from Mary's Song by Dave Thompson

“There was nothing promised that is easily imagined,
And questions of the future leave me puzzled and concerned.
I don’t know where tomorrow leads,
But his grace today is all I need;
I know his love and love him in return.

And my senses overwhelm me
When I estimate his majesty
Every fibre of my being
Joins with all creation singing
Songs of how the weak are lifted up,
Songs that tell the richness of his love.”

From Mary’s Song by Dave Thompson

Fitzroy’s artistic talent has taken off in recent months with poetry, video and music being created as quick as you can blink. Our Christmas services and events have been really lifted by the songs written around the incarnation by Dave Thompson, unrecorded outside his own kitchen and unreleased apart from his wife allowing him out to Church! His songs have been a revelation in more ways than one with their hybrid of early David Gray with the Biblical imagination of Andrew Peterson.

Mary’s Song is a stunning song with great truth, insight and intrigue. Whether with the powerful voice of Caroline Orr or, as he did at our Christmas Eve service, a vulnerable slower version, these lines particularly the last two are for me the power of Christmas 2010. Thank you sir... now for 2011!

From Freedom Hangs Like Heaven by Iron And Wine

My Christmas Eve Lyric For The Day is a very late discovery of my own. Samuel Beam’s Iron And Wine turned this little poetic gem out about the Christmas story in 2005. It sums up beautifully what those shepherds and magi must have seen in that first Christmas night. The idea that “freedom hangs like heaven over everyone” has all the theological import of incarnation and the love, grace, hope and peace that the angels sang about. Ultimately, freedom comes where those other things are present and there they all are in a little bundle of skin and flesh lying in the crib! 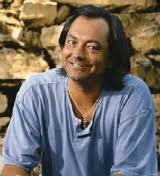 Lyric For The Day - Doin' Time by Justin Hayward 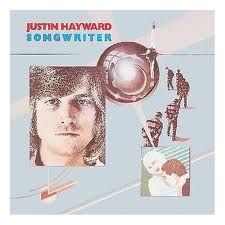 We need you now

To show us how

Locked in her room

The lover mourns her betrayer  [It's such a shame, he took the blame]

Seems even Love possesses Treachery, too

[It's such a shame, he took the blame]

Has lost its way

On such a torn

From Doin’ Time by Justin Hayward

For Christmas 1977 Santa brought me a batch of Moody Blues albums a mixture of the band’s music and solo projects like this one from Justin Hayward. What fascinates me is that 33 years later I am getting the same records as 1977 but now mastered on CD... and this a year after I got Paul McCartney Live 33 years later after Wings Over America! Spooky! So it looks like a box set of Parallel Lines is due next Christmas or Moving Hearts Live!

This year’s Christmas gifts reflect a year when I re-discovered The Moody Blues, thirty three years on. I pretty much dismissed them in between but those seven core albums from 1967 to 1972 are very underrated when Mojo and Uncut relive the best of seventies music. Innovative, original, blending instruments and genres upon which they added questioning searching lyrics. Don’t tell me Queen hadn’t heard The Moody Blues when Bohemian Rhapsody was conceived!

Anyway, this Lyric For The Day is taken from Justin Hayward’s 1977 album Songwriter. Hayward has never suggested any Christian connection, unlike band mate John Lodge who has a long running Baptist thread sown through him, but here he invokes the Prince of Peace to break into an old world that’s lost its way and seems torn and troubled. Indeed there are hints of Jesus taking the blame for the humanity that is imprisoned. As Christmas day fast approaches, this cry of Hayward’s is almost a O Come O Come Emmanuel. He knows the need, hopes for some Saviour and sees treachery as close acquaintance of love! It’s the yearning and cry of Christmas!

BUT... if you are in the pampered west living in decadent luxury at the cost of so many then this is a dangerous prayer. Are we ready for “the first made last and the last made first...” Are we ready to serve rather than Lording it? Are we ready for when the poor and the meek take over?

It is such a subversive rage of a prayer that Willard Grant Conspiracy’s version is the one to down load. Robert Fisher’s deep souled voice, that often times signs of murder and judgement draws every scary note from this Kingdom crashing piece. Mighty!

By those who’ve never knelt

The tremors they ripple across all time

The poets at last can find their rhyme

As usual but all amiss

History  stripped of how it was

To how from now on it is

The radical revolution all a shudder

Old way surrendering to this new other

Unnoticed but all askew

Thrones thrown out of kilter

The repercussions spin out forever

Imaginers threading peace back together 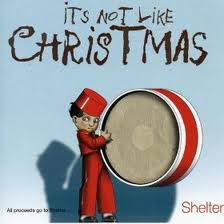 Today, three mighty tunes from good friends... from the indie album This Is Not Christmas

You might have come across Iain Archer as part of the super group Tired Pony this year. Well this one will give you a great tune for the Christmas playlist and a need to explore the consistent quality of the Bangor boy’s back catalogue.  This is an acoustic treat from Archer and his lovely wife with a voice and musical talent of her own, Miriam Kaufmann. Recorded in the Black Forest in Germany it was a pointer to the brilliant album To The Pine Roots that Archer would release awhile later. The seeming simplicity but agile ability of the playing and the stunning harmonies these young lovers conjure makes this a snowy night gem.

This old Bing song needs an update and though a few have tried no one has given it the twenty first authenticity of the Wilkinson boys from Portrush who are the most Amazing Pilots. Their alternative country arrangement gives it a little lilt that is as intoxicating as brandy liqueur on a cold dark December night. 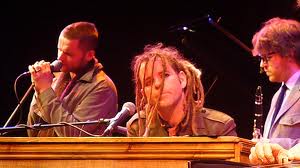 This is a treat of a collaboration between two of our more purposeful songwriters. David sees the lights of Lewes and Duke hears the bells of Belfast in the weirdest title of any song that ever should be on your Christmas Day playlist. The title is a mystery much like the music of these two powerful artists. Not village idiots but eccentric jesters with imaginative intent and totally lovable!

Lyric For The Day - This Is War by Dustin Kensrue 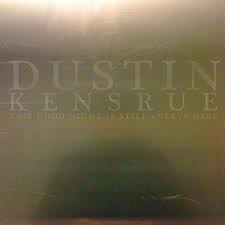 “This is war on sin and death;
The dark will take its final breath.
It shakes the earth, confounds all plans;
The mystery of God as man.”

From This Is Was by Dustin Kensrue

Thank you goes out to my good pal Paul Bowman for tipping me off on this one. This is a powerful song on a powerful album by a powerful young man from a powerful post industrial grunge band! An old intern of mine, Justin Zoradi, introduced me to Thrice in 2005 and their erudite theological pronouncements accessed me to their rather loud musical territory. For those who like to rock and do some theo-musicology Thrice are pretty much essential. Dustin Kensrue is the theologian at the heart of the band; did someone say he had a degree in theology.

Anyway, this solo Christmas album is all stripped back to guitar and the man’s big, big vocal. It is reminiscent of Kurt Cobain on the Nirvana Unplugged record. It all gives some real potency to the season. He throws out varying hues of Christmas with Please Come Home For Christmas, sitting alongside the earthiness of Fairytale In New York, a few carols and two original songs including today’s Lyric For The Day This Is Was. This is the last song on the record and it is the altar call. Here Kensrue packs the punch. This lovely holiday period where chestnuts roasting, mulled wine sipping, turkey stuffing and gift giving has a heavier message; God is dealing with the state of the world. When that baby gently hit the straw, the core of the earth shuddered with revolution!