Home Archives Profile Subscribe
Lyric For The Day 10.11.10 from Reader's Digest by Larry Norman
Rumer - Seasons Of My Soul

Lyric For The Day 11.11.10 from Hallelujah by Leonard Cohen 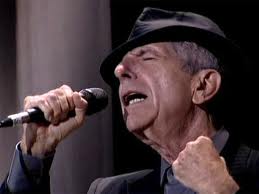 From Hallelujah by Leonard Cohen

These words for some reason some up my own personal thoughts on Remembrance Day. The flags that fly, the fuss that is made never seem a celebration to me. Celebrations of battle victories should never be used as an opportunity to wave flags in the faces of the vanquish. It is not a time to gloat but a time to poignantly remember those who died, usually young, because humanity stooped to such depths of inhumanity to one another. It is a time to remember so that we might learn to never do again.

Cohen’s Hallelujah creates this emotion and belief beautifully. This is Cohen’s downbeat reputation with a glimpse of light always lurking. This is praise in the midst of brokenness. This is meekness and mourning on a day when we could show the worst of human traits. This song will be performed in the midst of my Remembrance Service on Sunday.

Great post as ever. Provoked a good deal of thought for Sunday.
Thanks not only for this one but for all the others, taking some great songs and helping me to think differently and more deeply about them.
Keep it up, please

Great post again Steve, all the more powerful for its brevity!