Home Archives Profile Subscribe
Nani's Farce Goal Was Perfectly good!
Lyric For The Day 3.11.10 from I May Know The Word by Natalie Merchant 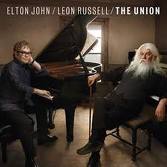 The most telling moment in the career of Leon Russell came at 1971’s Concert For Bangladesh where ex-Beatle George Harrison introduces the band. After naming Ringo Starr and Eric Clapton he just says, “you all know Leon” to the biggest cheer of all. Leon Russell was at the pinnacle of rock. As well as band leader for Harrison, at the gig of the decade so far, Russell had made Joe Cocker a superstar with their Mad Dogs and Englishmen Tour and produced Bob Dylan for good measure. In 1971 Leon Russell was omnipresent and omniscient in all things musical. Within a couple of years he had all but disappeared from the scene while a new kid on the block Elton John had taken his mantle as the hottest ticket in rock by pretty much following the Russell piano formula.

Elton John has never hidden the fact that Leon Russell was his biggest influence and it therefore only seems right that he would come up with an idea as to how to resurrect Russell’s career three decades later. A collaboration between the two gets even more mouth watering as T-Bone Burnett gets added to the mix as the producer. Burnett has this ability to know how much to do and not do, what to add and what to leave off. He seems to have an ear called authenticity to make everything sound exactly as it should.

The Union sounds as it should an amalgam of Elton John’s Tumbleweed Connection and Russell’s most successful record Carney. It fuses rock, folk, blues, country and Gospel with duelling pianos and those two familiar voices Elton’s all strong and Leon’s all gnarly gasp, frail but unique as a voice can be. Burnett has the players to supplement the pianos and adds Marc Ribot’s guitar sparingly but with full impact. The highlights are many. There are full on Monkey Suit pumps out terrific energy , the Gospel lament When Love Is Dying is poignantly beautiful and Neil Young’s guest vocal on the haunting cathartic gentleness of the civil war song Gone To Shilo is rather sensational. The train track boogie of Dreams Come True with Gospel singing backing all sounds so Russell and The Best Part of The Day is that John-Taupin ballad from 1970 that suggested superstardom beckoned. The latter starts with a classic couplet, “I hear you singing I Shall be Released/Like a chainsaw running through a masterpiece.”  You gotta laugh out loud and ponder for awhile what other song titles rhyme with masterpiece!

Elton’s recent BBC Electric Proms show which featured many songs off the album also saw the white haired shaggy bearded Leon paired with the latest big new voice Rumer on an exquisite version of Masquerade which made you understand why The Carpenters used to cover his crafted songs. The performance also showed that Elton had gained from “the union” too; Sad Songs hasn’t been sung with such power and passion for some time. All in all two careers have been thrown back into the spotlight. Leon needed this more than Elton but Elton needed it too, for sure. Volume 2 “The ReUnion” asap!