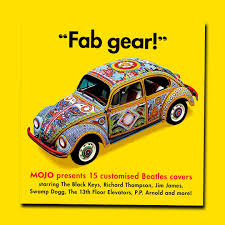 Less than six months after I reviewed a free Bob Dylan covers’ CD from Uncut magazine I am raving about another. This time it is The Beatles who get covered. It is called Fab Gear and says “Mojo presents 15 customised Beatles covers”(available with Mojo, November 2021).

Customised is the word. This is a CD packed with reinventions of the familiar, filled with a plethora of the most pleasant of surprises.

From the opening She Said, She Said rocked up by The Black Keys to the closing Let It Be reimagined in jazz, Joshua Redman’s saxophone giving that beautiful familiar tune soaring gospel and a good deal of improvisation too, we get new ways to see these songs.

Don’t Let Me Down gets dub treatment, She & Him go near calypso with I Should Have Known Better, Damon and Naomi give us an airy almost religiously meditative While My Guitar Gently Weeps, Jim James doing the same to another Harrison Long Long Long and The Melvins go grunge on I Want To Hold Your Hand.

Personally I have been a long time fan of African American shadings of Beatles’ songs. I love the two volumes of Black America Sings… And so here Swamp Dogg’s Lady Madonna is outrageously good, all positive funked up rush with brass and hammond organ.

PP Arnold brings a Gospel feel to Eleanor Rigby surely one of McCartney’s greatest moments. With Macca I imagine that priests, church and people getting saved are all incidental to his story line. Not so with PP. She reaches soul that white Liverpool boys might never even have seen in their psychedelic trips!

Best of all in its customising is Bettye LaVette’s The Word. Funked up it gives some spiritual clout to some Beatles, probably mainly Lennon, preaching. This is the song at the fulcrum of The Beatles style and content, where Rubber Soul shifts the choruses from boy/girl to universal when it comes to love.

As Steve Turner points out in his book The Gospel According To The Beatles, Lennon was the only Beatle to be confirmed in the church and by his own choice. When Lennon starts to head down Dylan’s avenue with message songs then it might be obvious that he would. Here words like light and free and word and spreading the word could all be sung in Church.

Off piste and my own thoughts mingling The Bible says that Jesus is the Word and God is love.

Back To Fab Gear. The gear here are the songs from the greatest songwriting canon in music. They get fab re-customisations that eek out even more wonder than we thought they add. It’s a blast. 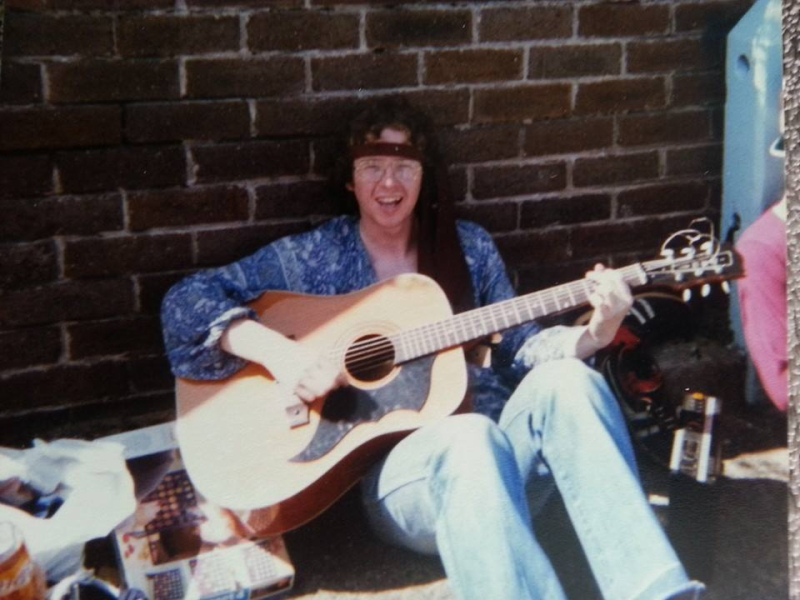 There was always music

From cousin Sharon introducing me to

To finding my own in T.Rex and Slade

With Reids and Surpals and Smalls

Francis Kelly til he took off to Dublin

Not so much in class

As out of class

In the golf team

Being DJ at all the school parties

There was always music

Summers on the golf course

Thou Shalt Have no Other Bands...

"All you Need Is Love"

"Give Peace A Chance"

"Imagine all the people..."

"The Beatles said All You Need is Love

And then they broke up"

They were asking the right questions

But I sought answers

How to change the world?

Let’s pray that if you’re not there

You won’t tell me that you are

But if you are

That Jesus will give a more robust love

Looking at the Bible

Looking at my life

Offering life in all its fulness

“I've searched all around the world

To find a grain of truth

I've opened the mouth of love

And found a wisdom tooth”

HOW DO WE LIVE IN THIS UNCERTAIN TIME? - TOMORROW IN FITZROY 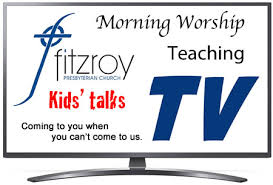 We seem to have drifted into yet another unprecedented time.

We are out of lockdown... but not back to old normal.

There is a certain leaning towards old normal... but more people we know are getting Covid.

Some of us are still cautious.

Some of us have some fear.

Others are not looking back.

Some are going to Church... some are happy at home with a big mug of coffee.

How does God want his people to live in such an unprecedented time?

What is Jesus calling us to do in our homes, wider family circles, work places, city and church?

Tomorrow morning I will ask that question in a pastoral way before giving a clue as to how we can be God's conduits in this uncertain season.

Fitzroy Gathering in Fitzroy at 11

ON THESE STEPS - PRESBYTERIANS MARK 100 YEARS OF NORTHERN IRELAND 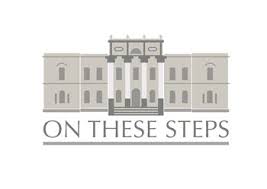 It seemed to me that it was the press getting it wrong, not for the first time.

As I welcomed people at the door of the Presbyterian Church’s On These Steps event marking 100 Years of Northern Ireland I watched the TV cameras as journalists interviewed political leaders about President Higgins decision not to attend a church service in Armagh to mark the same 100th Anniversary.

With all that fuss about church and 100th Anniversary events you might have thought that the press would be interested in what was going on in the actual building that they were interviewing outside of… but no.

If I say so as one of the organisers, On These Steps was a cutting edge contribution to the discussion around the founding of Northern Ireland. It recognised that as some celebrated the existence of Northern Ireland others deeply resented partition.

We were on the steps of Union College 100 years to the day that the first Northern Ireland parliament met. We heard Jim Allen perform the King’s speech from that very day:

I speak from a full heart when I pray that My coming to Ireland to-day may prove to be the first step towards an end of strife amongst her people, whatever their race or creed.

In that hope, I appeal to all Irishmen to pause, to stretch out the hand of forbearance and conciliation, to forgive and to forget, and to join in making for the land which they love a new era of peace, contentment, and goodwill.

On These Steps flowed from these words.

Local songwriter Ferna sang a newly commissioned song imagining Northern Ireland as a person reflecting on his/her birthday. Ferna is deep of thought with a poetic dexterity and musical daring. We got it all. It was imaginative, poignant and I hope we could all see ourselves, individually and communally, “I am never not afraid/So I’m always getting saved.”

There was a fascinating address by historian Ian McBride about the world of 1921 where Europe was being cut up with borders and Northern Ireland’s unique circumstances that caused our border. He said, “My hope is that, in this centenary year, we can collectively interrogate some of these self-serving reflexes…The challenge for historians, among others, is to ensure that the complex realities of the Irish situation a century ago are not ironed out for political, ideological or therapeutic reasons.”

Presbyterian Moderator David Bruce led us to look forward. With personal, literary and Biblical images he called our politicians to see our institutions as precious and for us all to sit down at the crossroads and talk about our stories and how we can live together. He spoke of how Jesus brings the love and justice together in his incarnation and cross and therefore hope is possible. David concluded:

“A multi-cultural Ireland, north and south is a blessing to us, and we need not be fearful of it. The stories of those who have left everything behind in their homelands to be part of our story in this, their new homeland, need to be heard, and they will enrich us, just as we will bless them…Whatever a new Ireland resembles, it will not be because someone was victorious, while another was defeated. If it looks like that, it won’t be a new Ireland…”

The atmosphere was one of respect and listening. I might have liked a little more honesty and forthrightness from panellists but it was a real contribution. We need more of such events as we move forward to whatever the next 100 years looks like. Maybe the press will share headlines of some of the good things too!

WHAT AM I THANKFUL FOR? (WORLD GRATITUDE DAY) 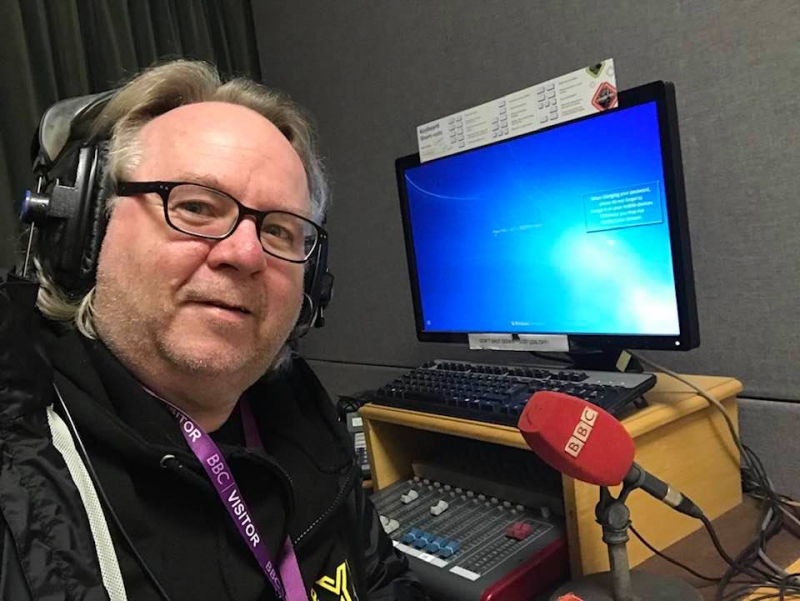 What am I thankful for.

Oh my. Where do I begin. My wife Janice, my daughters Caitlin and Jasmine. Living in the beauty of Ireland. Trips to Africa. Faith. Vocation.

BUT… it is Organ Donation Week so there are people I want to take an opportunity to thank on national radio.

I am so thankful to all organ donor and their families and particularly four families… who agreed to give the liver of their loved ones… that kept our young friend Lucia Quinney Mee alive for 12 years until she passed away in May 2020 after attempting to overcome a fourth transplant.

Lucia was a soul mate to our daughters. She was like one of the family. She got her first liver at just 8 years old in Birmingham Children’s Hospital in 2007 and her fourth liver in King’s Hospital, London the day before New Year’s Eve 2019.

In the twelve years between with the help of those donated livers Lucia lived the most incredible, inspirational life.

She became a swimming star at British and World Transplant Games. Gold medals were plentiful. She carried the Olympic torch in 2012.

She set up a campaign called Live Loudly, Donate Proudly that encourages people to donate organs. She wrote great blogs. In 2016 she organised a Gala Dinner for Transplant charities and her speech was so mature and articulate.

In 2017 she was one of the youngest ever in the Queens New Year’s Honour’s List, receiving a British Empire Medal. She also got to have lunch with the Queen herself.

There were also parties and pop concerts and all the stuff a young woman does. In spite of all she had to go through Lucia lived loudly… and more than that selflessly.

In the pool she swam for her donors whom she never knew but never forgot. She wanted others to have the gift of life she was given. She was a world changer.

Today I want to thank, though I don't know who they are, the donors' families that allowed Lucia to become so precious to us. More days to smile. More days to love. What a gift!

To give life through your death. It has almost a Jesus’ Gospel massiveness to it.

And so… I am so grateful to everyone who has donated organs but particularly Lucia’s unknown four. Thank you so much.